Pheme (or Ossa) was the Greek goddess of gossip and fame. In fact she was not a real goddess, but a personification of these concepts. When someone was in her good graces, she would bestow on him fame and renown, but when she was angered, she would spread rumours and gossip. Her Roman equivalent was named Fama.

Hesiod calls her "an evil thing", because she is "a light weight to lift up..., but heavy to carry, and hard to put down again" and it never disappears completely, once people talked about her.

She was considered a daughter of Elpis (Hope) - frankly, I don't understand the connection, but maybe it refers to people hoping to become famous - and a messenger of Zeus: while the origind of the rumours was hard to find, it surely meant they came from Zeus, who knew everything.

In Homer's Iliad, Ossa walks among the soldiers, to hasten them in battle. In the Odyssey, Telemachus hopes to hear some rumours, coming from Zeus himself, about his father's whereabouts. Later, it is again Ossa who brings into the city news about Penelope's suitors' death.

Pheme would carry all kinds of messages. She was invoked and asked to tell people about victories. She was the one who brought Autonoe the news about her son, Actaeon, being torn by his own dogs. She told Lycurgus' sons and wife about the fact that he had been driven mad by Dionysus.

Her image was further developed in Latin literature. Virgilius say she was the last child of Terra (i.e. Gaia), who was produced by her mother who was enraged with the gods. Fama was a winged creature, covered with feathers, and under each feather there was a sleeples eye, and for every eye she had a tongue, a voice and an ear (with such a description, I wonder whether I should list her in the Monster category!). At night, she sits on the roofs and spreads truths and falsehood indiscriminately. She was the one who spread rumours about queen Dido's affair with Aeneas.

Ovid describes her palace, which is situated in the centre of the world, on a high peak. I has 1000 windows and many doors, which are always open, and it is made of echoing bronze, which amplifies every whisper, from the most far away places in the world. In it there is always a crowd which exchanges rumours, adding each time invented details, and some of this crowd are Credulitas (Credulity), Error (Error), Laetitia (Delight), Susurri (Whispers), Seditio (Sedition), Timores (Fears).

Fama told Deianira about the fact that Hercules had fallen in love with princess Iole and she also told the Trojans that the Greek ships were approaching. As you can see, the whole mechanism of gossip and rumours has been the same ever since the ancient times - and the main idea is that people heard the rumours long before there was an official confirmation, which is quite astounding, considering they didn't have Twitter and mobile phones!

The pther aspetc of Pheme/Fama, which became predominant in time, is connected with fame. A hero could become immortal because his deeds would remain in the collective memory long after his death. That's why Achilles, when asked to choose between a long and peaceful/boring life and a short and heroic one, choose the latter. And, as we still talk about him today, we can safely assume he got what he wanted! 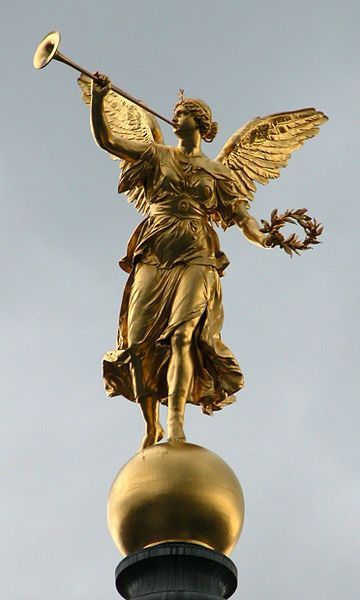 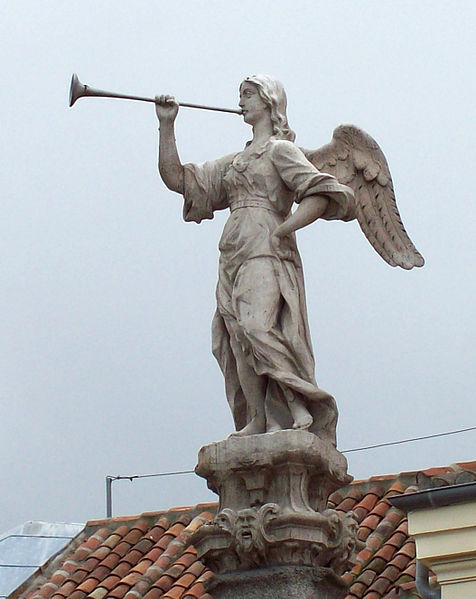 Statue by Juan Bautista - the Fountain of Fame, Madrid.

The meaning of this statue was that fame doesn't last, that's why it's better to "seize the day".